In 2017 we proudly teamed up the New South Wales Aboriginal Land Council (NSWALC) to deliver one heck of a party,  the NSWALC 40th Anniversary Gala Dinner

NSWALC contracted us deliver an event that was a celebration of 40 years of work campaigning for Aboriginal Land Rights and provided an opportunity to honour Aboriginal men and women involved throughout the history of the NSWALC.

For such a significant and respected organisation, marking a milestone such as 40 year anniversary means pulling out all stops to recognise those who have founded, built and continue to operate one of the State’s most important Indigenous organisation.

The event was held at the International Convention Centre (ICC) in Darling Harbour, Sydney, with over 1000 people attending. Approximately 100 people also attended a pre-function.

Co-hosted by actor Luke Carroll and journalist Brooke Boney, the event featured live performances including a Welcome to Country by Uncle Charles ‘Chicka’ Madden, a smoking ceremony by Matt Doyle, dance performances by NAISDA and Doonooch as well as Emma Donovan, Isaiah Firebrace and Coloured Stone. The evening also featured an awards ceremony, honouring past warriors of the Land Rights movement and audio-visual segments. 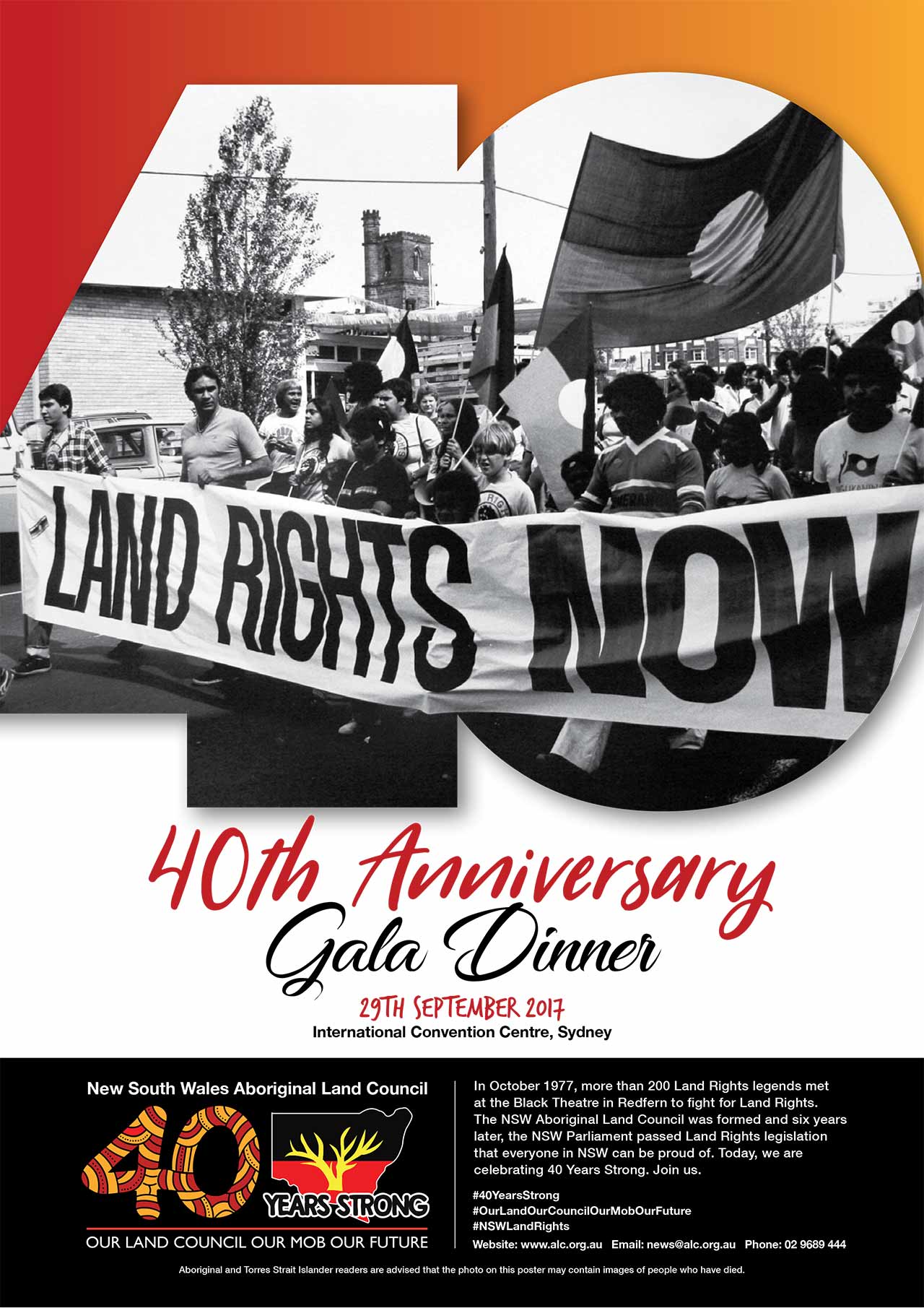 We developed a marketing campaign and strategy to promote the event and event messaging, including the development and delivery of e newsletters, posters, invites and digital postcards. We also built an event registration website with a payment facility.

We were involved in all facets of event production and management, including writing MC scripts, room design, budgeting, working with the NSWALC to develop audio-visual content, and running the event on the night.

It was both a privilege and pleasure to work alongside the NSWALC, an organisation we have great esteem for, to celebrate this special milestone and deliver such a successful event.

Visit the NSWALC site to learn more about this amazing organisation