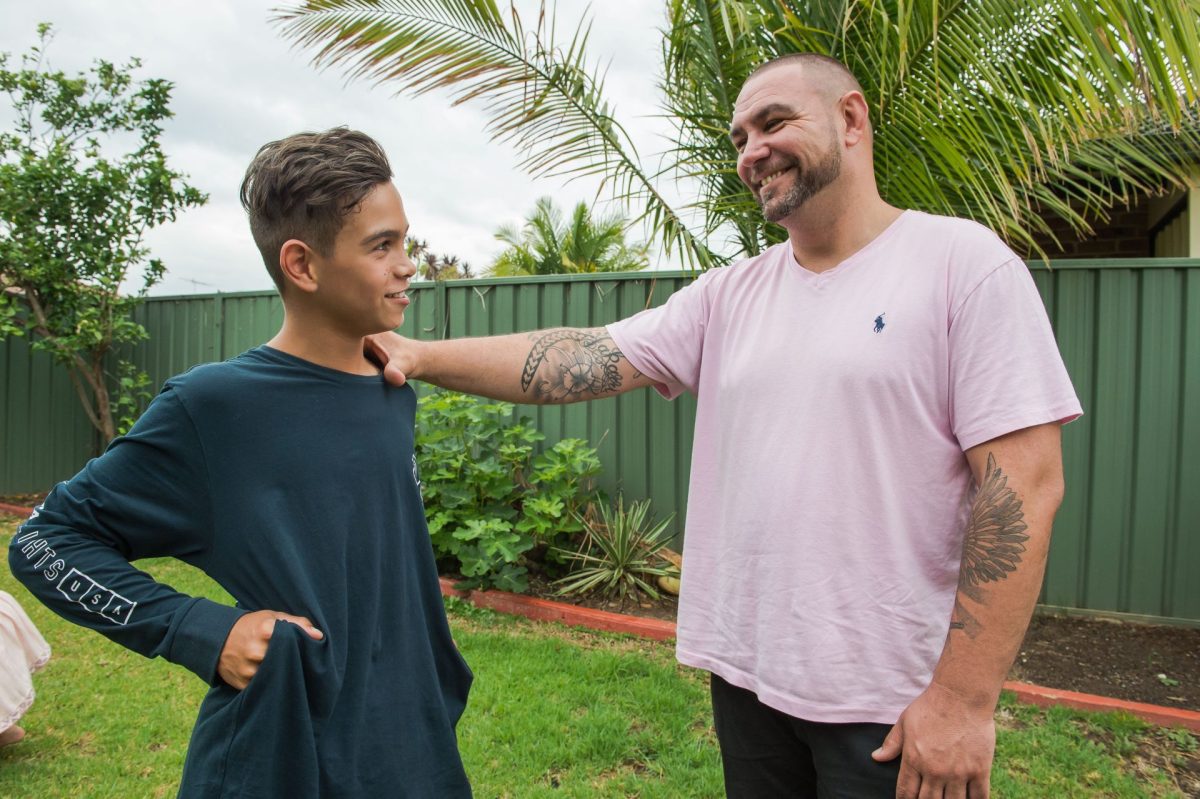 Aboriginal and Torres Strait Islander communities are encouraged to join national efforts to help break the cycle of violence against women, coinciding with the International Day for the Elimination of Violence against Women on 25 November.

Culturally appropriate resources have been developed to support communities to talk with young people about respect as part of the Stop it At the Start campaign.

Violence against women and their children is a serious issue in Australia. One in four women has experienced violence from a current or former partner, boyfriend, girlfriend or date.

For Aboriginal and Torres Strait Islander women, the statistics are even more concerning.

In addition, Indigenous women in remote and regional areas experience rates of family violence up to 45 times higher and sexual assault 16 to 25 times higher than other women [1].

All members of the community have a role to play as role models for teaching children about respect. Parents, family members, teachers, coaches, employers, and community leaders can help break the cycle of violence by reflecting on their own attitudes and talking with young people about respectful relationships and gender equality.

Aboriginal and Torres Strait Islander role models and Stop it at the Start campaign supporters Jeremy Donovan, Lani Brennan, and Leila Gurruwiwi have reflected on their own stories and experiences of disrespect to highlight the importance of having these conversations with young people.

“We might say things that are harmful to our partners and children, sometimes we say things without even realising the danger it causes. Most of us, at some time, have heard adults say things to boys like, ‘stop acting like a girl’, or they excuse disrespectful behaviour by saying things to girls such as, ‘it’s just boys being boys’. I know I have been guilty of this in the past.”

Indigenous Support Worker, TV Host and role model Leila Gurruwiwi agrees that people should stop to reflect on the impact of their words.

“When I hear people say, ‘he just did it because he likes you’, I think, ‘if he loved and respects you, he wouldn’t hurt you – whether that’s emotionally, physically, spiritually,” says Leila.

Lani Brennan, Nyawaygi woman and domestic violence survivor, says the campaign is important for the community and shaping behaviours built on respect.

“The Stop it at the Start campaign is targeting the disrespectful attitudes and behaviours that parents and other role models teach our young people, often without realising it. I think this message is so important because what we say to our kids and show them by our own actions, shapes their attitudes and beliefs,” Lani says.

The Stop it at the Start campaign is an initiative under the National Plan to Reduce Violence Against Women and their Children 2010-2022.

Visit respect.gov.au for more information and to download free resources.

[1]Reducing violence against women and their children Research informing the development of a national campaign November 2015 Commissioned by Australian Government Department of Social Services: https://www.dss.gov.au/sites/default/files/documents/11_2015/dss_violence_against_women_public_report.pdf

Keeping kids safe online starts with having a chat